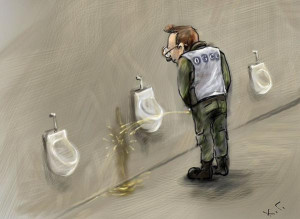 This report is for media and the general public.

Four civilians were killed close to a “DPR” checkpoint near Olenivka when shelling occurred in the early hours of 27 April.

At 10:01 on 27 April, the SMM arrived on Lenina Street on the southern edge on “DPR”-controlled Olenivka (23km south-west of Donetsk), 650m north of a “DPR” checkpoint, and approximately 4km east of the contact line.

Laid out beside one of the cars – which was an upside-down, split-in-two burnt-out wreck facing north-east – were two bodies, one identified as male. A deceased male with severe head trauma was in the driver’s seat of the second car, 10m from the first one and facing south. The rear windshield of the vehicle had been blown out, and there was shrapnel damage to the front and interior of the vehicle, and crush damage to the driver’s side of the car consistent with a shock wave. A deceased woman – evidently struck in the face by shrapnel – was in the rear passenger seat of the third car, which was approximately 20m from the second vehicle. The vehicle’s hood, windshield, roof and interior had suffered impact damage, with the metal siding of the vehicle torn and bent towards the back of the car, indicating that the blast damage had been caused by an explosion in front of the vehicle.

Fencing and the roof of an adjacent building –  8-10m south-east of the first impact and 11-12m east of the second impact – were visibly impacted, with grape-fruit sized holes caused by shrapnel. Its window panes were shattered. Downed power lines lay across the first vehicle.

The SMM conducted analysis on the two craters – and on two others in nearby residential areas. Based on that, the SMM assessed that the direction of fire was west-south-west, and that the type of weapon used in the attack was likely 122mm artillery.

Further north on Moskovskaya Street, the SMM observed some slightly damaged residences and demolished outhouses. Having conducted analysis on three craters there, the SMM assessed that the direction of fire was likely west-south-west and that the caliber of weapon used was not less than 120mm.

Both an armed “DPR” member and two residents told the SMM that the shelling had occurred at 02:45 that morning.

The head of a morgue in Donetsk city told the SMM that they had received four bodies from Olenivka that day, three men and one woman. A hospital in the city reported that one man had been admitted with shrapnel injuries. 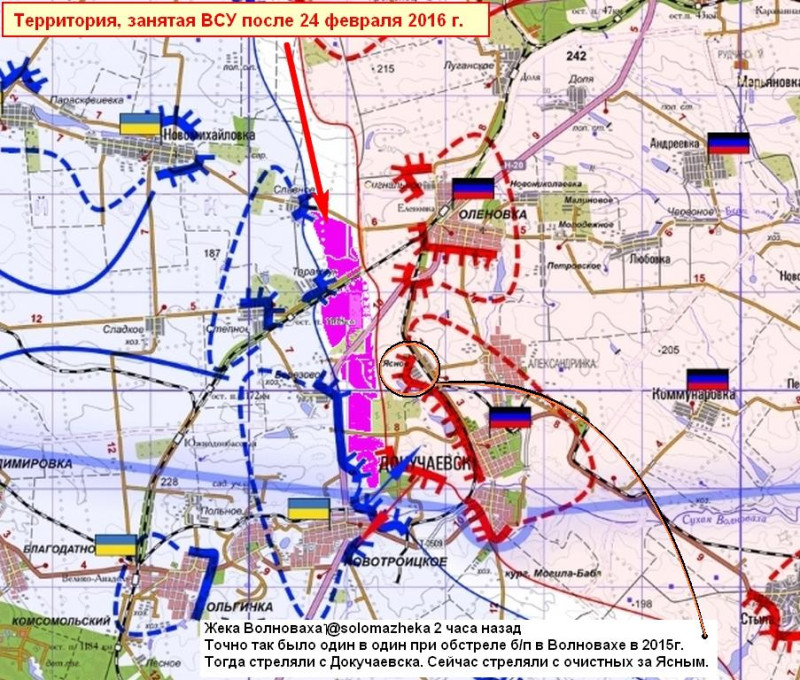